One in four landlords selling up due to MIR changes

A week ahead of the Autumn Statement a RLA survey revealed that a quarter of all buy-to-let landlords are selling homes as a result of Government tax changes.

The survey of more than 1,000 landlords showed that a quarter had either sold one of their properties or had one on the market as a result of the Government’s plans to change Mortgage Interest Relief, to tax them on income rather than profit. 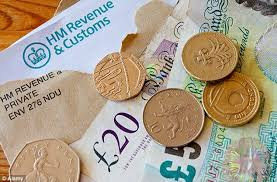 This means many landlords on the basic rate of income tax will find themselves pushed into a higher rate despite their income not having increased.
It is tenants who are likely to lose out as a result of the changes, either losing their homes as landlords sell up or facing higher rents as landlords try to mitigate the financial impact and supply is reduced.

The RLA are making a final call for Chancellor Philip Hammond to reverse the decision on November 23rd.David Smith, RLA policy director said: “The RLA’s findings are a worrying sign of the potential trouble ahead for tenants as a result of the previous Chancellor’s tax rises.
“Any reduction in supply is going to make it more difficult for them to find a place to live and will inevitably drive rents up.
“Ahead of the Autumn Statement we are calling on the new Chancellor to consider the evidence, reverse policy and support growth in the rented sector.”

RLA research showed 68% of landlords said the changes will reduce their profitability by at least 20%, and 14% said it will reduce profits by more than 60%. A total of 36% said the removal of MIR would result in them making a loss on their investment.

The plans, which were announced by former chancellor George Osborne in 2015 are set to be phased from next year.
Posted by Unknown at 22:50