Landlord and tenants set to suffer under new tax. 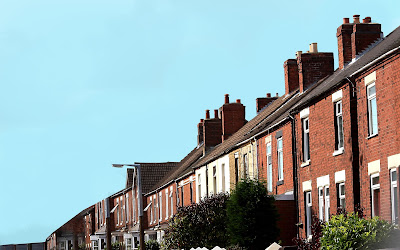 Tax rises for landlords being introduced today could see rents rise by 30% and stifle investment in properties to let, making it harder for renters to find suitable homes.
The warnings come from the country’s leading landlord body as the Government begins to restrict mortgage interest relief for landlords and tax their turnover rather than their profit.

Research by the Residential Landlords Association (RLA) has shown that two-thirds of member landlords feel they will need to increase rents to cope with the new tax burden.
The results also show that 58 per cent of members plan on cutting back investment in property.
Independent experts have argued that landlords will need to increase rents between 20 per cent and 30 per cent to cope with the extra cost of the tax hikes.

Ministers have argued that the move levels the playing field between landlords and homeowners, but the respected Institute for Fiscal Studies has said that the tax system: “is not, and was not, even before the recent changes, more generous to people buying to let.”

“It is tenants who will be hit hardest by these punitive tax increases. Aside from likely paying more in rent, in many places they will face a growing shortage of affordable places to rent.
“We call on Ministers to undertake a major review of the impact of this policy and if all the predictions about its impact are right, to abolish the changes in the autumn budget.”