What landlords do post Brexit could have widespread effects for homeowners and renters. 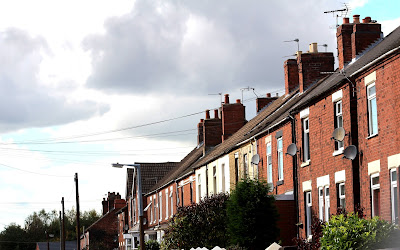 For years, politicians of all parties have clung to the vision of a nation of homeowners. Their promises have been aimed at first-time buyers, not renters. But in reality, since the financial crisis, first-time buyers have struggled to get loans. Instead, buy-to-let borrowers have become a lucrative opportunity for mortgage lenders - and an increasingly powerful force in the housing market.

In the first quarter of 2016, 21 per cent of all money lent as mortgages went to buy-to-let landlords, compared to 17 per cent to first-time buyers. Indeed, mortgage lenders interviewed by the regulators planned to lend roughly £50billion in 2016 - more than the last 2007 peak.

One reason the money has flowed into buy-to-let has been regulation. In sharp contrast to the free-for-all that preceded the financial crisis, mortgage lenders are expected to have a duty of care to customers who may be vastly inexperienced in the world of debt and finance. Tough affordability tests are now imposed on first-time buyers, and other residential mortgage borrowers.

Landlord mortgages are far less regulated. From one perspective, this makes sense. Buy-to-let landlords are businessmen and women, who take risks in pursuit of profit. But if buy-to-let lending turns out to be a house of cards, it could send shudders through the residential property and renting markets as well.

The Bank of England's latest financial stability report focuses on the risk that a shock to the buy-to-let market could amplify problems in the housing market more widely. Investors are already pulling out of property funds and house building companies. If buy-to-let lenders decide en masse it's time to cash in, house prices could fall off a cliff.

And should this happen, homeowners wouldn't be the only ones to be affected. More than 8million households in England and Wales alone are renting.

While some might take the opportunity to snap up a home of their own at a discount, the reality is that during an economic downturn, many will find themselves constrained by affordability tests, their lack of savings or even a job.

So, what of the Bank of England's consultation? It found there was a risk lenders will relax their checks on borrowers and "some lenders were already applying underwriting standards that were somewhat weaker" than the market average.

It identified buy-to-let lending was a channel through which the referendum result could rock financial stability, and it added the Financial Policy Committee "stands ready to take action".

Despite the huge part buy-to-let lending plays in the modern housing market, MPs have been surprisingly quiet on the issue. The result of this complacency could lead to huge issues for both landlords and tenants.

Only time will truly tell how Brexit will affect the buy to let market. Let’s all hope it’s not too bumpy a ride.