So far, 2016 has been a year of change; Stamp Duty, Brexit, May and Trump, to name but a few. And whether you like it or not, these changes may have an influence on the UK’s property market.

Interestingly enough, the Brexit discussion and Trump’s presidential campaign shared a lot of topics like free trade, immigration, inflation, tax and healthcare.And comparing the two events, the UK’s decision to leave the EU and Trump’s victory during the presidential election in the United States, has already been done on multiple occasions.

We, however, prefer to ask how Trump’s win will influence the UK’s property market?
First and foremost, to be able to find out more about possible consequences, it’s important to view Britain’s housing market as what it is; a small segment of the country’s macro economy.

Having defined the role property plays within the UK, it’s easier to look at Britain’s overall economy to find indicators of future developments. In a what-if scenario describing the relationship between Trump’s America and post-Brexit Britain the possible outcomes received mixed reviews.
Whilst Trump has built his whole campaign on the basics of “America First” combined with a hostile attitude towards free trade deals, he will, nevertheless, need trade partners. 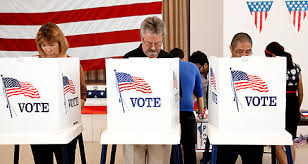 What we do know is that Trump regards the North American Free Trade Agreement as the “worst deal ever”, opening up space for new deals to be made.
How exactly Trump would influence the British market is tricky to call. Broadly speaking, America’s new president is a fan of Britain. He shared his enthusiasm about the referendum results stating it’s “a great victory”, aims to build the finest golf course in the world in Scotland and took Nigel Farage on his campaign tour.

Although British politicians might feel differently about the new President-elect, with both the old and the new Prime Minister describing Trump as “wrong”, Theresa May recently published a statement congratulating him on the win.

Since, at this stage, we know so little about possible effects Trump’s election may have on the UK, City A.M asked some of the biggest investors about their reaction to the recent results.
All seven of them stated a similar point of view: knee jerk reactions won’t get us anywhere.
On top of that, investors seem to have taken some comfort from Donald Trump’s victory speech, giving the situation another positive momentum.

So whilst it currently remains rather difficult to see what influence Donald Trump’s election may have on Britain’s property market, Laith Khalaf of financial services group Hargreaves Lansdown, probably summed up the situation the best by describing the stock market’s reaction to Trump’s election: “Initial stock market reaction to the Trump victory was a short intake of breath, followed by a shrug.”
Posted by Unknown at 22:35